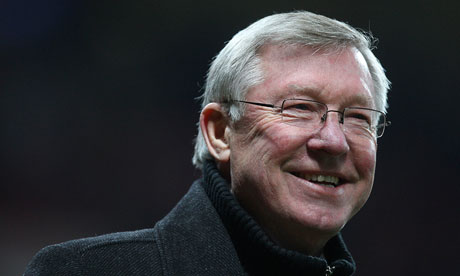 Is there anything left to be said about Alex Ferguson and his extraordinary football achievements? My view is simply this: when I first met Alex almost a quarter of a century ago when I joined Manchester United as a director of the club, I said then that no one should ever doubt this man’s ability to manage football teams. For me, Alex had nothing to prove.

He was the man that had broken the mould of Scottish football as the manager of unfashionable Aberdeen FC and smashed the dominance of the old firm, Celtic and Rangers – a feat that has matched anything he has gone on to later achieve. Always the hardworking and consummate professional his tough determination to succeed are almost unrivalled in the game.Back in August 1989, I said to Alex Ferguson,”give me a trophy every year”. He delivered 38 trophies and went on to be the greatest football club manager of all time – establishing a record which will stand the test of the next few millennia if not for all time.

Forget football. More importantly, this man is a fantastic human being. He is tough, he is fair, he is a man of great humility and dignity, he is ultra loyal  to his family, his friends, and professional colleagues. A man whose character and work ethic was forged and made in the shipyards of Glasgow – a man’s- man- for- all- that and much more !

I am proud to be able to say that I had the privilege to work with this man and to witness his fabulous achievements. I wish him a truly long, healthy and very happy retirement.

Famous for his involvement with Manchester United and Carlisle United professional football clubs. This website showcases the other lifelong passions of Michael Knighton - as a creator of Art and Poetry and occasional blogger.

This site uses Akismet to reduce spam. Learn how your comment data is processed.

Hope all you dads' have had a great father's day & your children appreciate what you do for them & how much you love & care for them👍🙏 And, of course, hope yr all enjoying the return of the footie!! We need supporters back in grounds quickly, in fact, NOW🙏👏👏🙏⚽️⚽️⚽️