Michael Knighton is an entrepreneur, an artist

and so some respected writers claim

Michael Knighton does not make that “visionary” claim for himself. That is a view put forward by those of the more intelligently perceptive and benign observers who have followed his remarkable story from when he first shot to fame with his £30 million pound bid to purchase the Manchester United Football Club over a quarter of a century ago. There are those in the sporting world that say Michael Knighton was the very man, indeed, they say he was, in fact, the “Big Bang” in professional sport.

In other words –  he was the catalyst that triggered the race for all sporting entities to pursue a radical business model ( the same model he gave to Manchester United when he joined the board of directors on 25th October 1989) which encompassed, as its principal raison d’etre, the drive towards pure naked commercialism as a means of increasing revenue.

He reasoned that only by employing such a business model could a sporting club enhance its organisation’s profit and hence improve its facilities and compete at the highest level of the particular sport in which it was involved. Writers have described  Michael Knighton’s blueprint thus:

”It was a visionary plan, one which has now been adopted by football clubs across the globe." 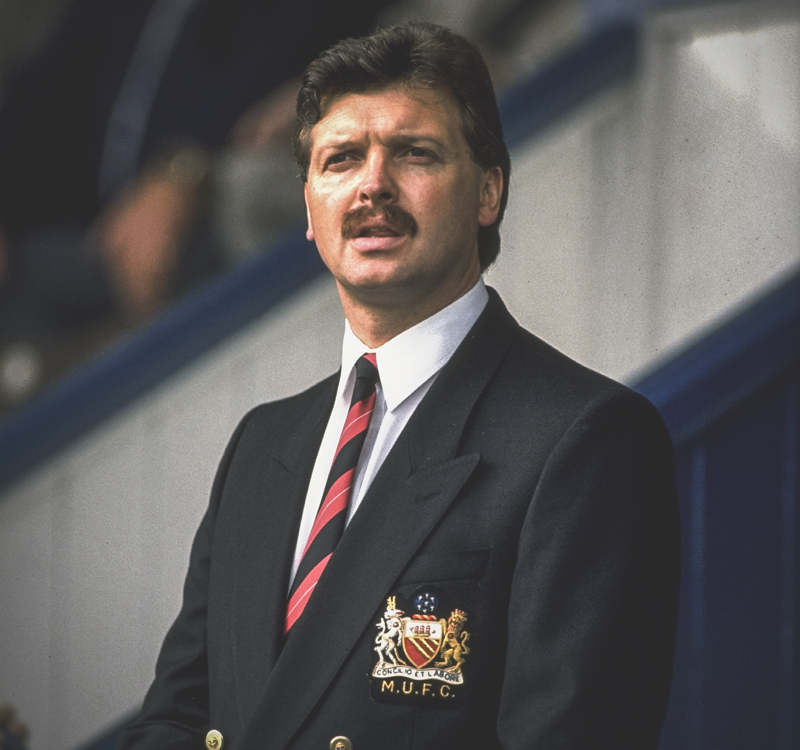 In 1989, pictures went around the world of a 37-year-old man juggling a ball on his head feet and shoulders from the football pitch halfway line, to the Stretford End goal mouth in the famous Old Trafford stadium. Old Trafford (famous home of Manchester United) had never seen anything like this in their entire history. Old Trafford is known throughout the world as “the theatre of dreams” this is because of the great names and events that surround this British sporting treasure. Manchester United, according to the vast majority of market research, is nowadays the most famous and biggest sporting brand in the world. Many commentators say that Michael Knighton played a profound and vital part in creating this sporting brand and then helped to turn this organisation into a financial juggernaut which came to dominate football in England for much of the last 25 years. Even the erudite and much-respected journalist, Michael Crick, former BBC Newsnight Political Editor – now the Political Editor at Channel 4 TV News –  and  a commentator who is considered an expert on the affairs of Manchester United – has said:

” there is a strong case for saying that Michael Knighton had a more influential role in the recent history of Manchester United than many of the club’s managers, directors or footballers. ” – The Boss: 2002

Back in 1989 as a way of introducing his £30 million pound bid to purchase the club –  Knighton performed his ball juggling act in front of over fifty thousand people without dropping the ball showing his skilful control until he smashed the ball into the net of the Old Trafford Stretford End goal. His panache and inimitable style captured the attention of the sporting world and this episode has now entered football folklore as one of those rare episodes that stay writ large in indelible ink in the minds of those who witnessed this extraordinary event. It was certainly a novel and dramatic way to announce his arrival on the football and business stage.

This he certainly did. But perhaps not in quite the way he had anticipated at the time. ….” We pretty much followed the plan that he laid down.” ( Michael Edelson Deputy Chairman Manchester United FC  – Daily Telegraph 2004. )

Knighton’s talents are not limited to the world of sport. It recently emerged that Michael Knighton is the man behind the secret artist known simply as ‘KP’ or Kongthin Pearlmich. This name had long been a mystery in the international art world because the artist had always refused to identify himself. Indeed, ‘KP’, had become the international artworld’s version of billionaire recluse, Howard Hughes. When Knighton’s artwork and highly praised creations went on display at Cambridge University in 2008, ostensibly for a strictly private view for the  Canterbury Cathedral’s Dean and Chapter ( who represent the cathedral and the Archbishop) and who control and manage the cathedral – the work caused an international sensation. 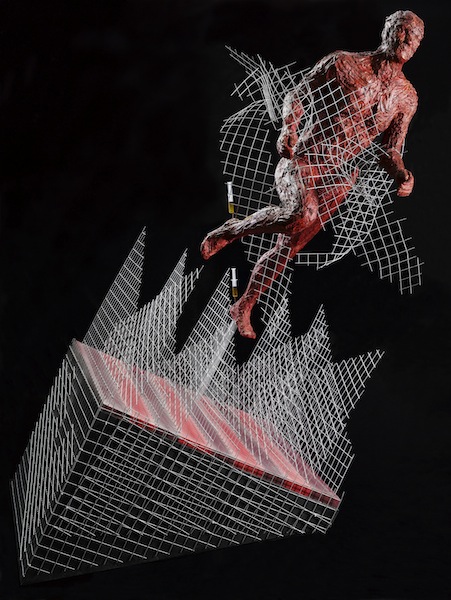 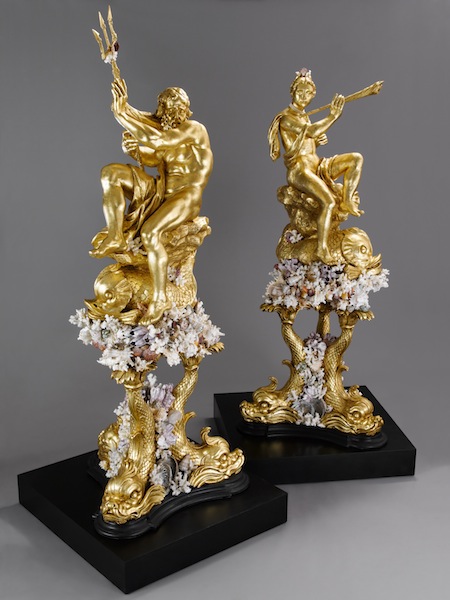 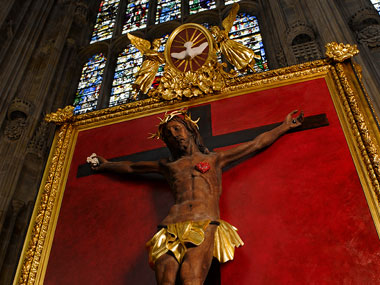 The work sat comfortably alongside such august company as Sir Peter Paul Rubens masterpiece, “The Adoration of the Magi”. But no one could discover who the artist ‘KP’ was. The artist simply refused to identify himself to members of the cathedral’s dean and chapter and this fact seemed to unnerve the cathedral’s powers that be – they decided against exhibiting the work in Canterbury.

“Michael Knighton is a creative genius. He has fantastic and original art ideas which he is able to bring into artistic reality. The Cambridge exhibition displayed fine examples of his talent. He is a very fine artist in his own right. Michael has the potential, if only he would stop hiding the light of his artistic talent under a bushel, to go down as perhaps one of the most notable artists of the third quarter of the twentieth century. Michael is up there with the very best of the living modern day artists which we see around the art world today” – Tim Kendrew formally head of Christies in Melbourne Australia.

But Michael Knighton sees himself more of a poet than an artist. He has written over three thousand poems. Selected Poems: Vol 1, published in October 2014, shows the power and substance of some of his work. Michael Knighton’s anthology, Selected Poems – Volume 1  and Volume 11 –  are available from this website. ( register your book order interest on this site )

Michael Knighton is profoundly interested in world issues. He is particularly interested in philosophy, and, in international systems of government. He is especially interested in how the world can eventually eradicate child poverty throughout the globe.

Good morning fellow tweeters.I apologise for the dearth of my tweeting. Really should make more time to communicate & to comment more often. So much to say. Hope you're all safe and well. Really looking forward to seeing you all soon in Carlisle, COVID-19 permitting!!
Take care⚽️